Is the gender balance on corporate boards improving? 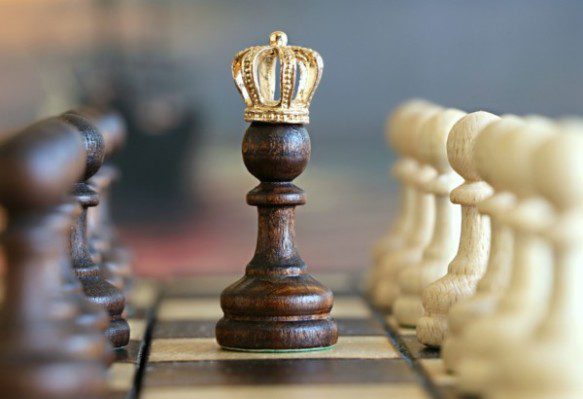 This month saw the publication of a new report looking at Improving gender balance in FTSE Leadership.

The report is the third released as part of the Hampton-Alexander Review, an independent review body which works to increase the number of women on FTSE 350 boards.

It captures data on over 23,000 leadership roles across 350 of the UK’s largest businesses, and looks at not just the board but two leadership levels below that.

In the introduction to the report, Review Chair Sir Philip Hampton says that ‘on the main measures we use, progress is encouraging’. There are caveats to this optimism, though, as we explore below.

Hampton notes that having a senior leadership team where women are strongly represented is now ‘routine and expected’ for most listed businesses. He welcomes the new Corporate Governance Code, which among other things requires companies to address the shortfall of women in leadership roles.

Although the headline from the report may be the progress towards greater gender balance, there are – as Hampton notes – ‘some disappointments’. As we have seen before, firms have been known to make rather ‘interesting’ excuses for a lack of women at director level.

The FTSE 100 has seen a small increase in the number of women on executive committee and among their direct reports, up from 25.5% in 2017 to 27% this year.

The total number of positions has increased this year, as has the appointment rate for women, although around 65% of all available board roles still go to men.

Some firms are singled out for mention – Burberry Group, with 58% of women in these positions, comes out top, with Next plc and Marks & Spencer, both with 46%, next. Forty FTSE 100 companies have either already met their 33% target or are well on their way to doing so.

Among the FTSE 250, progress is slightly slower. The number of women making up the combined executive committee and their direct reports has increased only marginally, up from 24% in 2017 to 24.9% in 2018.

The number of positions has decreased, although turnover and the appointment rate for women are both slightly up. 78% of appointments to executive committees and 69% to direct reports roles, though, are still taken by men.

Shaftesbury Group has the highest representation of women among the FTSE 250, with 54%, followed by On The Beach plc and Ted Baker, both with 48%. While around 70 companies have already met or are making good progress towards the 33% target, over 100 still have work to do.

What’s more, the report notes that the gap between firms working hard to address gender equality, and those failing to do so, ‘has never been more obvious’.

76 FTSE 100 firms now have three or more women on their boards; Next, Rightmove, Taylor Wimpey and Hargreaves Lansdown lead the way, all with boards made up of 50% women.

Among the FTSE 250, 24.9% of firms have female representation on their board, compared to 22.8% last year. Media firm Ascential plc tops the list, with 57% of its board made up of women. Virgin Money, Countryside Properties and three Investment Trusts follow, all with women making up 50% of their boards.

Five companies still have no women on their board at all – and while this is down from 10 last year, the report notes that it’s ‘still 5 too many’. 75 have only one woman on their board.

The Review includes specific targets to be reached by 2020:

It calls for action from all stakeholders in achieving this. The FTSE 100 is on track to deliver on the targets, if current progress continues; the FTSE 250, however, needs ‘a step change’ to ensure it meets the 33% goal.

Nobody wants to be appointed to a role for their gender alone.

But take a critical look at the process you use for appointing directors to make sure you are selecting the best candidates.

Identify the ideal mix of views in your boardroom– a more diverse group may help you to reach the best decisions. Examining the attributes shared by the most successful directors may help you to pick the right combination of skills and experience.

Getting this right combination in your boardroom will equip you to avoid groupthink, herding and other social conventions that obstruct good decisions.

With the female brain having been touted as the ‘secret weapon’ of the best boards, it makes sense to take a critical look at your own executive and senior leadership.

Even if you don’t fall within the scope of the review – and whether or not you’re on course to meet its targets – it’s always worth assessing your performance to see if a more diverse board could help your firm. There are recognised benefits of having more women on the board– make sure your business isn’t missing out on them.

Scottish Building Society – a business with three women on its board – have worked to make their own board meetings more efficient, as well as making the information they provide to directors more professional and effective. You can read a case study of how they did this here.