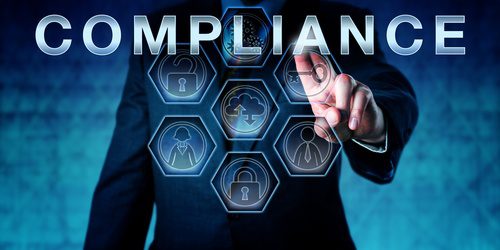 A speech by the Financial Conduct Authority’s (FCA) Director of Enforcement and Market Oversight Mark Steward this week focused on financial penalties, the requirements of the new Senior Managers and Certification Regime, and new ways of solving disputes.

Steward started by looking at the penalties imposed by the regulator in recent years. Over the last five years, these have totalled more than £3billion – although fines have dropped significantly since 1 April 2016.

Steward was adamant that this reduction in fines does not signal a new ‘light touch’ in regulation. Instead, he said, it reflects the opportunity for banks to settle cases quickly by paying fines in full and accepting accountability for any wrongdoing. Hence, many large fines for previous misconduct were paid in full prior to 1 April.

The move to lighter regulation is something that has been speculated on before – when Andrew Bailey was appointed FCA chief executive, many commentators thought that it would usher in a new era of ‘hands off’ regulation for banks.

Rather, Steward says, the change reflects the creation of what he calls ‘a different dynamic’ – the start of the Senior Managers & Certification Regime, which places more responsibility on senior managers and – he argues – therefore creates a different regulatory culture. You can read more about the Regime and what it requires here.

The presentation made the regulator’s view on the Regime clear. Steward said that it ‘embraces a very simple proposition – a senior manager ought to be responsible for what happens on his or her watch.’

This is something we have covered before; the shift in regulation from prescribed rules to an expectation of good governance. The move from fines and penalties as a first response, to a culture where compliance is part of firms’ DNA.

The need for cultural compliance was the focus of another FCA speech in August last year, while the regulator’s Future Mission document majors on the need for governance to be in-built to firms’ approaches. So more focus on this isn’t a surprise.

One anticipated impact of the Senior Managers’ Regime is that the regulator doesn’t expect that managers themselves will agree to pay high fines to resolve cases.

And firms may be less willing to pay to resolve investigations, if paying up doesn’t also put an end to any concurrent investigations into their individuals.

The regime introduces a move to self-reporting. Steward pointed out that this creates a potential conflict of interest. While firms’ own internal reports can be helpful as a start point to FCA investigations, they are often not a full picture and therefore can’t replace the regulator’s own rigorous exploration of the facts.

This means that FCA investigations may need to be more thorough – potentially leading to more disputes.

Currently, cases can be resolved before proceedings are commenced and come before the Regulatory Decisions Committee (RDC) – a body that provides separate and independent statutory decision-making for the FCA.

If cases are resolved before they go to the RDC, those under investigation get an automatic reduction in penalty of 30% – a significant amount given the scale of penalties involved.

The new approach proposed will continue to offer individuals and firms under investigation an opportunity to resolve cases by agreement, once the FCA has completed its investigation and is sure that there is a case to answer.

The automatic reduction of 30% will still apply where this opportunity is taken up – but crucially, if defendants agree their ‘guilt’ but wish to dispute the proposed sanction, they will be offered an opportunity to argue their case before the RDC without losing the 30% incentive.

In this way, the regulator believes, firms and individuals will have a greater incentive to resolve cases in ways that increase the degree of perceived fairness, but the rigour of a formal disciplinary process is maintained.

Steward concluded by talking about the Authority’s cross-border work – but in terms of compliance priorities, the points above are the most relevant part of his speech.

What does this mean for Compliance teams?

The increased responsibility for firms to deliver in-built good governance is nothing new; more a continuation of current FCA policy.

The new approaches to settling cases provide an interesting alternative to the current system, which is very ‘black and white’ in terms of accepting liability and paying a reduced fine. The new proposals mean that even firms that dispute their penalty will have the opportunity to pay the reduced amount.

With luck, firms that adopt a proactive approach to compliance will not be troubled by the need to decide which route to take regarding penalties. Embed a culture of good governance within your business and you will radically reduce the chance of regulatory breaches and poor practice.

Have you an opinion on the above or got an article you wish to share? We’re love to hear from you. Email us today.