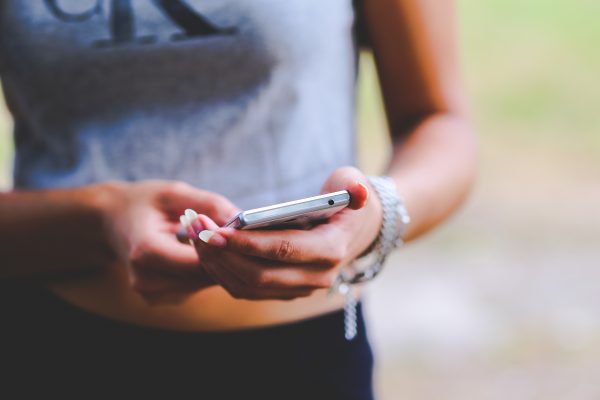 On 12 May 2016 Ofcom set out plans designed to help speed up Wi-Fi connections for millions of people across the UK.

The proposals would open up more airwaves for Wi-Fi channels so that larger amounts of data can be carried at faster download speeds. This would improve the quality of service, especially for applications that need more internet capacity, like high-definition video.

As broadband delivered to the home gets faster, people increasingly expect their Wi-Fi to provide several services at once – such as video streaming, video calls, gaming and remote working. This demand puts pressure on the airwaves – or radio spectrum – which carry Wi-Fi signals.

Many Wi-Fi routers in the UK currently use a part of the spectrum called the 2.4 GHz band, which is becoming increasingly congested and can impair broadband performance. Many people now have newer broadband routers, which use not only the 2.4 GHz band, but also the 5 GHz band – which has much more spectrum and is less congested.

To make connections faster, Ofcom is proposing to open up an additional ‘sub-band’ within the 5 GHz frequency range for Wi-Fi – while ensuring protection for other users, such as satellite services.

The extra sub-band would increase the number of 80 MHz channels available for Wi-Fi from four to six, to accommodate data-hungry applications. These extra channels – which are already being used in the US – could be opened up in a few years.1

Ofcom is keen to work with industry to understand how even more airwaves in the 5 GHz range might help meet growing demand – in particular, how and when additional spectrum should be made available, with safeguards to protect existing users.

People are placing greater demands on their broadband, so we need to ensure they aren’t let down by their wireless connection.

We also want to close the gap between advertised speeds and the wireless performance that people and businesses actually receive. So we’re exploring ways to open up more airwaves for Wi-Fi.

In the meantime, people can check their router is up to date, and use our W-Fi Checker app to test if it’s working properly.

What people can do today

Broadband users can check whether their in-home Wi-Fi is giving them the best service today by using a simple, powerful Ofcom app.

Wireless broadband may not be working as well as it could in nearly six million UK homes and offices, according to Ofcom research. This is often caused by the Wi-Fi set-up in the house slowing down broadband.

The Ofcom Wi-Fi Checker, which runs on smartphones and tablets, allows consumers and businesses to discover the quality of their wireless internet signal wherever they live or work – as well as offering practical steps to help people get the best from their connection.

The app tests the Wi-Fi set-up and, if it finds a problem, will provide some troubleshooting tips to help improve broadband. It is free to download now from Apple’s App Store and Google Play.

Many consumers can benefit from higher Wi-Fi speeds immediately by using a more modern router – older ones do not access the 5 GHz band at all. Ofcom’s current plan aims to avoid future congestion in the 5 GHz band, as the move to newer broadband routers places more demands on this part of the airwaves.

You can check whether your in-home Wi-Fi is giving you the best service by using a simple, powerful app from Ofcom.

The Ofcom Wi-Fi Checker, which runs on smartphones and tablets, allows consumers and businesses to discover the quality of their wireless internet signal wherever they live or work – as well as offering practical steps to get the best from your connection..

Ofcom research found that wireless broadband may not be working as well as it could in nearly six million UK homes and offices. This is often caused by the Wi-Fi set-up in the house slowing down broadband.

It could be down to something as simple as interference from other electronic devices, such as a microwave oven, baby monitor, a lamp – or even Christmas fairy lights.

The app tests the Wi-Fi set-up and, if it finds a problem, will provide some troubleshooting tips to help improve broadband. For example, it may suggest you:

Move your router away from electrical devices: Halogen lamps, electrical dimmer switches, stereo or computer speakers, fairy lights, TVs and monitors and AC power cords have all been known to cause interference to broadband routers.Keep your router as far away as possible from other electrical devices as well as those which emit wireless signals such as baby monitors etc.

Move your router to a different part of your home: The walls and furniture in your house act as an obstacle to the Wi-Fi radio frequencies. Ideally routers should be kept centrally within the home and placed on a table or shelf rather than on the floor

Wi-Fi performance can be affected by lots of things. These can change over time and have a different effect in different rooms of your house. We recommend you try running the Wi-Fi Checker in different rooms and at the times of day when you’re most likely to use the internet.

The App is available for both Android and iOS (Apple) smartphones and tablets.

If you have an Android smartphone or tablet, the app can be downloaded from the Google Play Store

If you have an iOS device, such as an iPhone or iPad, the app can be downloaded from the Apple App Store