Phone users will be protected from high charges for calling ‘070’ numbers – which are often mistaken for mobiles, but cost much more to call.

Ofcom has decided to cap the wholesale cost of connecting 070 calls, to help protect callers from fraud and unexpected call costs.

070 numbers are designed to be used as a ‘follow me’ service, where calls are diverted from one number to another, so the person being called can keep their own number private. For example, classified adverts often use these numbers instead of someone’s private number. Small businesses and sole traders also use them to make it easy to manage calls.

But 070 numbers are often mistaken for mobile numbers (which always begin with ‘07’), even though they are more expensive to call. Phone providers currently charge between 45p and £1.10 per minute for calls to 070 numbers.[1] This can result in ‘bill shock’ for consumers, who may be unaware of the cost of the call. There were 2.6 million calls to 070 numbers last year.

Ofcom is concerned that these numbers have sometimes been used to defraud people. We have uncovered evidence of scams, such as missed calls and fake job adverts, that take advantage of consumers’ lack of awareness of these high prices. An estimated minimum of 20% of 070 calls involve some form of fraudulent activity.

To address this, Ofcom are imposing new rules[2] to cap the wholesale cost of calling 070 numbers. This is the price that any company controlling an 070 number can charge the caller’s phone company for connecting the call. At the moment, this can be as much as 39p per minute.

The new 070 wholesale price cap will be aligned with the existing cap set by Ofcom for calls to mobile numbers – currently around 0.5 pence per minute.[3] This will remove the incentive for scams by significantly cutting the revenue available from using these numbers.

This move should also clear the way for phone companies to include 070 numbers in free minute allowances, as they currently do for calls to mobiles.

“Millions of calls are made to 070 numbers, but many people aren’t aware of the high costs of calling them. This can lead to people receiving much higher bills than expected.

“So we’re slashing the wholesale cost of connecting 070 numbers. There’s no reason why phone companies shouldn’t pass this saving on to their customers as soon as possible.”

Before the new price cap is introduced, providers who offer 070 number services may need to change the way they run their businesses, to comply with the new rules. This may include changing their billing systems and contacting their customers, or even moving to a different number range. So there will be a 12-month implementation period to make these changes before the new price cap comes into effect.

If any companies do move to other number ranges, it will be to ranges that our research suggests are more familiar to consumers, and people would have a better idea of the likely cost of calling them. 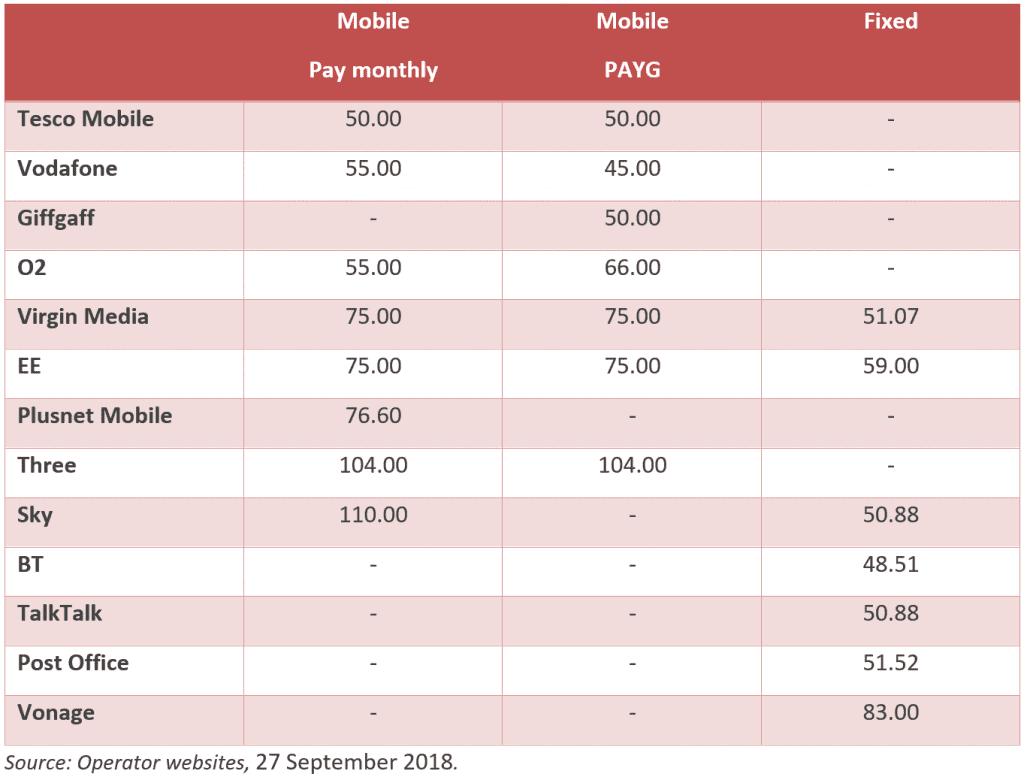 3.  Wholesale mobile charges in the UK have decreased significantly over recent years. In 1998, they were more than 13 pence per minute (ppm) on average. Following Ofcom intervention, these rates have been progressively decreasing, dropping to around 0.5ppm today – which reflects the estimated cost of connecting a call using today’s technology. See graph below: 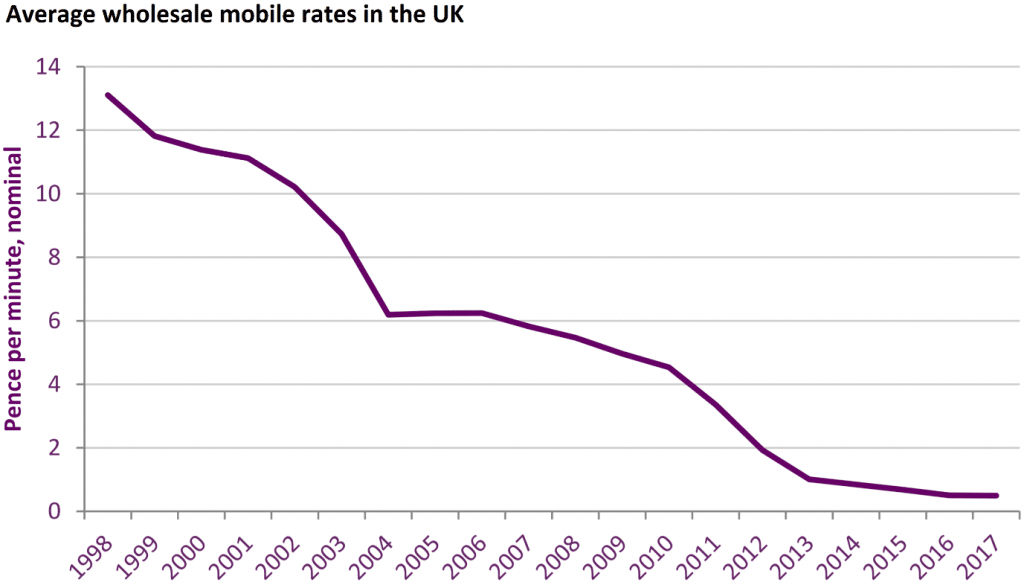