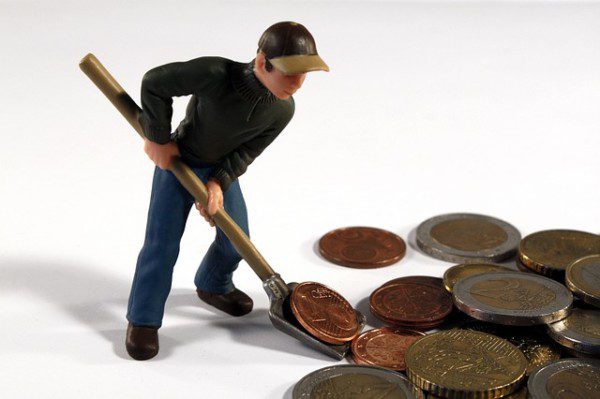 The extent to which the Advertising Standards Authority (ASA) covers the advertising of financial products is limited; technical aspects of non-broadcast advertising for most financial marketing are subject to statutory control by the Financial Conduct Authority (FCA). However, “non-technical” aspects of consumer credit marcoms (for example, offence, social responsibility, superiority claims, fear and distress and competitor denigration) are likely to fall within the remit of the Committee of Advertising Practice (CAP) Code.

Because short-term loans are often aimed at potentially vulnerable consumers, marketers should be particularly careful to ensure that marketing for high interest, short terms loans is socially responsible. When assessing ads, the ASA is likely to consider issues such as the undue emphasis on speed and ease of access, the targeting of vulnerable groups and whether the ad could be seen to trivialise taking out a loan. The purpose of the loan might be a key factor in this last assessment but the creative treatment might also play a role, for example, the use of animation, puppets, humour etc.

Avoid implying that loans are appropriate for frivolous purchases

The ASA has upheld complaints against ads that implied short terms loans could be used to fund a social life, buy alcohol or a weekend away (First Finance (UK) Ltd, 19 June 2013; FCL Consumer Finance Ltd, 25 March 2015; Stop Go Networks Ltd, 26 February 2014 ). Imagery can be as problematic as explicit claims; in 2012 the ASA upheld a complaint about a website that featured images of a woman with shopping bags. It considered the images suggested the woman spent borrowed money to go on a shopping trip to make nonessential purchases, and were therefore likely to be seen as encouraging frivolous spending of borrowed money (Sunny Marketing Ltd, 19 December 2012).

The ASA is more likely to accept references to purchases that are considered reasonable, for example fixing a broken boiler or car, or home repairs. In 2012, an online ad asked “Need cash for Christmas? Borrow £50 – £1000* Today!” and featured a picture of a Christmas tree. The complainant challenged whether the ad was irresponsible because it encouraged consumers to take out loans in order to make unnecessary seasonal purchases. The ASA acknowledged Christmas was a time when people did need extra money in order to cover additional costs and as such considered that the ad would not encourage consumers to take out a loan for unnecessary purchases (Cheque Centres Ltd, 19 December 2012).

Ensure that the tone does not trivialise taking out a loan

Although it might be a legitimate description of the application process, a disproportionate emphasis on speed and ease of access compared to interest rates is likely to be considered problematic. This is because such an approach might encourage consumers to make an ill-considered or rushed decision about borrowing. In the past the ASA has upheld a complaint against an ad that emphasised the relatively small amounts available to borrow and the speed at which the loans could be obtained (Ariste Holding Ltd, 20 June 2012). In 2014 the ASA ruled that text messages referring to receiving money (a) within 15 minutes or (b) within a day gave the impression that the decision to take out a payday loan was one that could be approached without forethought or detailed consideration. The ASA also noted that an accompanying claim of “We trust you” suggested the advertiser did not need to know about consumers’ individual circumstances or financial situations in order to grant them a loan and therefore contributed to that impression (Nouveau Finance Ltd, 14 May 2014).

The use of flippant imagery and language can also be seen as trivialising the process. The ASA upheld a complaint against an ad for a company trading as ‘Rudolph’s Readies” that featured brightly coloured cartoon images of Santa, a reindeer and a snowman. It ruled that both the name and imagery made light of the decision to take out a loan and promoted a casual attitude to using a loan to fund Christmas spending (Stop Go Networks Ltd, 28 January 2015).

In 2014 the ASA upheld a complaint about an ad for a company offering payday loans, cash for gold and cheque cashing that advertised free photos with Santa and a Christmas treat for children. It considered that marketing an event aimed at children which took place in a shop that offered services including payday loans was socially irresponsible (SRC Transatlantic Ltd, 28 May 2014).

Be cautious if running promotions

While marketers offering short term loads are free to run special offers and competitions, they should ensure both the themes and the entry mechanics are responsible. Encouraging consumers to take out a loan in order to enter a sales promotional is unlikely to be an acceptable practice. The ASA has previously ruled that the use of a prize promotion, directed at students, to win a term’s rent as an incentive to take out a loan was irresponsible (FCL Consumer Finance Ltd, 25 March 2015).