Yo-ho-ho, and a bottle of rum! Rum ad banned. 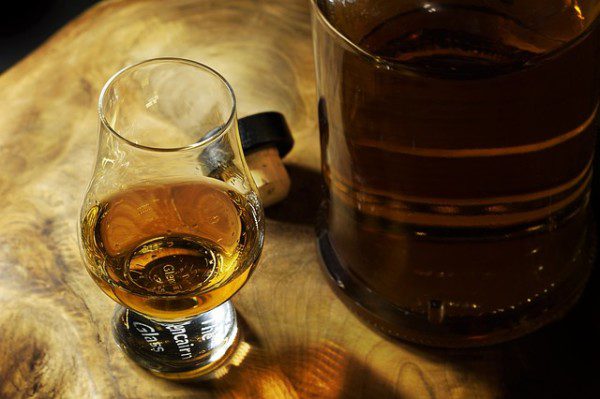 A television advert for Captain Morgan rum has been banned for implying that alcohol can increase confidence.

The TV ad seen on 14 May 2016 showed a party on a sailing ship and a man, with the face of the Captain Morgan character superimposed over his own, dancing, upending a sofa and swinging on a rope between decks.

Alcohol Concern — a national charity that works on alcohol issues — and a member of the public complained to the UK advertising watchdog, Advertising Standards Authority (ASA), the spot was “irresponsible” because it implied drinking alcohol could contribute to an individual’s popularity or confidence.

Diageo, which owns the rum brand, said the ad shows enjoying a night with friends and “taking charge of a night out and staying in control”.

It said the use of the Captain Morgan face image on the main character did not symbolise alcohol consumption and no booze was shown in the party scenes at all.

The ASA said viewers were likely to understand that the central figure’s behaviour resulted from his consumption of Captain Morgan rum.

Clearcast stated that no alcohol was shown in the ad, and the Captain Morgan figure could be seen as embodying the drink, which they felt he represented the brand as a whole rather than the consumption of alcohol.

“Although the ad did not explicitly depict drinking alcohol as resulting in a change in the central character’s behaviour in a ‘before and after’ scenario, we considered that the superimposed Captain Morgan face implied that he had already consumed the product and thus linked his confident behaviour to this consumption.

“We concluded that the ad implied that drinking alcohol could enhance personal qualities and was therefore irresponsible.”

However the ASA said the ad did not imply that the general success of the party was dependent on the presence or consumption of alcohol.

The ASA ruled that the ad must not appear again in its current form. They told Diageo not to imply that alcohol could enhance people’s confidence.

You can watch below and use the comments box below if you would like to share your thoughts on the content of this blog post, and whether or not you think the ASA was right to ban the ad.