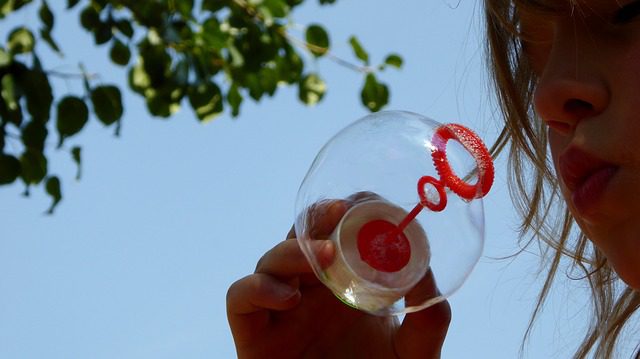 Think of the children! Issues around harmful emulation.

Marketers must take care to ensure that their ads do not condone, encourage or unreasonably feature behaviour that could be harmful to children if emulated.  Here the Committee of Advertising Practice(CAP)look to some recent Advertising Standards Authority(ASA)rulings to bring this requirement to life.

Implying an unsafe behaviour can be enough to break the rules

The ASA considered this in a Wrigleys Extra ad, which showed a young woman playing football, stood ready to take a penalty, whilst chewing gum. Although she was depicted as stationary, the ASA considered that it was clear she was about to run and take the kick and therefore found that it condoned or encouraged chewing gum whilst playing sport. This gives a clear indication that even implying or hinting at behaviour that could be harmful if emulated is unlikely to stick to the rules

Fantastical portrayals can be an issue

This position is further emphasised by the recent ruling involving Go Compare, which featured an animated monster that was eating money. The ASA Council considered in this case that younger children would unlikely be able to appreciate the fantastical nature of the ad and that it should have been given scheduling restriction to minimise the risk of them seeing it. Marketers should ensure that they consider the full breadth of age groups that might see an advert. Younger children may have a different interpretation of an ad compared to other age groups and what might clearly be behaviour that would not be emulated by an older child might be enticing for a younger child.

Scheduling restrictions and careful placement of ads are factors that marketers should consider to help prevent children from seeing behaviour that might be harmful if emulated. When these measures are taken, it reduces the likelihood of an ad that features potentially harmful behaviour from breaking the rules. A recent ad for Photobox Ltd, showed a child sitting on the back of his dog. The ASA Council considered that due to the highly fantastical nature of the scene and, crucially in this case, an ex-kids restriction, it was unlikely to have the effect of encouraging children to emulate the behaviour depicted.

When encouraging emulation, include safety information

It is possible for marketers to encourage children to copy behaviour but any relevant safety information needs to be included in the ad. HJ Heinz Food Ltd encouraged both children and adults to recreate their ‘#cansong’ but failed to make it clear in the ad that the cans would need to be taped to be made safe to play on. Despite this information being available on the accompanying social media campaign pages, the ASA Council considered that the safety message should have been included in the ads as, without it, children could have been cut by the tins when recreating the song.