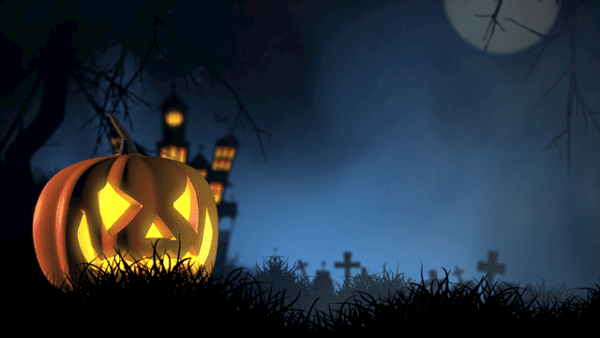 Whatever you do, don’t fall asleep… when creating Halloween and Bonfire Night themed ads.

As the saying goes, Halloween and Bonfire Night come but once a year. Or is that Christmas? Either way, ads that are centred on these seasonal events can draw an increase in complaints to the Advertising Standards Authority (ASA) about scary imagery, offensive horror-themed costumes or the irresponsible use of fireworks in ads.

Unless it’s an ad promoting a safety message, fireworks shouldn’t be shown being used in an irresponsible manner. While the fireworks in this case were intended to be hand held, the ASA ruled that the ad nevertheless condoned and encouraged an unsafe practice. Showing fireworks being handled alongside alcohol consumption is also likely to be considered irresponsible.

Where there are other potentially harmful activities depicted in ads and which feature children (‘tis the season to bob for apples, hold sparklers and stand around bonfires after all), then a failure to depict adult supervision could potentially be considered problematic.

Fear or distress may be justifiable when trying to make a point about safety; but it won’t be if the fear or distress is excessive, so keep that in mind. You’ll also have to take care not to inadvertently glamorise the dangerous behaviour you’re aiming to dissuade people from.

I see scary people… in ads

Spooky is the name of the game when it comes to Halloween themed ads – especially if you’re promoting a horror film or video game. Nevertheless, care should be taken not to cause undue fear or distress to the audience and to target these types of ads appropriately.

Up there with creepy little dolls and small children staring unseeingly into the distance, clowns are a sure-fire way of sending a shiver down the spine.  But not all clowns are bad for ads; the ones with glowing red eyes, blood spattered faces and stitched up skin are likely to go too far but it they aren’t overtly threatening or suggestive of danger, they’re likely to fall on the right side of the line.

Zombies too are synonymous with all things eerie, but the wrong type of imagery (for example blood-stained teeth and blood around the mouth) is likely to be problematic in untargeted media.

Take care when showing people who are visibly distressed and avoid using clips that are likely to make an audience, particularly one which includes children, ‘jump’.  Although arguably more sci-fi than horror, two digital outdoor ads for a film that featured characters in a great deal of distress and an alien mouth exploding from an egg towards the viewer were considered problematic in an untargeted public medium.

Care should also be taken to target online ads appropriately.  Online videos including (more) zombies and other horror related characters have been considered problematic because the steps taken to target them at an adult audience were not enough to keep them away from children.

Excessively gory imagery will likely need even more careful targeting – you’ll probably need to satisfy the ASA that the audience actually wanted to see that type of imagery.  Examples of ads that the ASA have found to break the rules on this point include (even more) zombies and an 18 rated video game.

Nothing ‘fancy’ about offensive costumes

Complaints about the negative portrayal of mental health conditions often arise around Halloween, particularly about ads for horror-film-inspired costumes. Ads promoting or reinforcing negative stereotypes are very likely to cause offence.

The ASA didn’t rule against a “Psycho Clown” costume on the basis that ‘psycho’ was a word that was also associated with villainous horror movie characters and, in the context of the ad, was unlikely to be taken as a reference to a person genuinely suffering from chronic mental disorder.

However a “Skitzo” costume was judged to cause offence by reinforcing negative stereotypes about mental illness. These issues aren’t restricted to mental illness though; an ad for a “Golly” costume was ruled to break the rules for the negative racial connotations of the character.

Source: The Committee of Advertising Practice