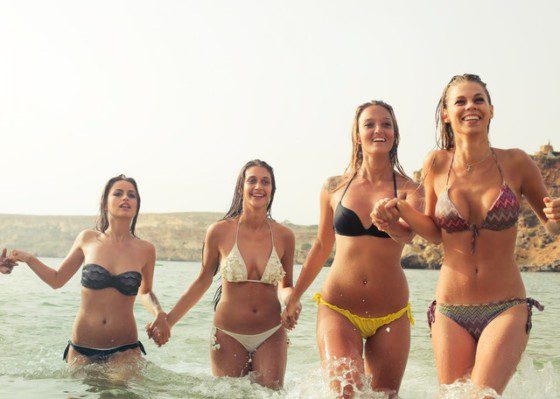 Cellulite is the common name given to body fat that occurs primarily on the buttocks and thighs and disrupts the smoothness of the surface of the skin, giving it a dimpled appearance. The Advertising Standards Authority (ASA) and Committee of Advertising Practice (CAP)  accepts that it exists but does not accept that cellulite is a distinct type of body fat.

The ASA and CAP have yet to see convincing evidence that topical products, medical devices or cosmetic treatments can treat, remove or reduce cellulite or the appearance of cellulite.

What claims are likely to be a problem?

References to the “treatment”, “improvement” or “removal” of cellulite or the appearance of cellulite (irrespective of how it might be described, for example “dimpled skin” or “orange peel effect”) are likely to be Interpreted as claims to treat cellulite.

The CAP Code requires that objective claims be backed by evidence, if relevant consisting of trials conducted on people.

The CAP Code stipulates that marketers should not claim that weight can be lost from specific parts of body. Like all fat, the only way that cellulite can be removed non-surgically is by reducing energy intake to below that of energy expenditure.

In 2011 the ASA investigated a marketer’s claims that their therapeutic seating could break down cellulite and decompose fat. The ASA considered that the ad contained breakthrough claims that required a body of robust scientific evidence, such as clinical trials conducted on people.  The advertiser was unable to provide this level of evidence and the claims were subsequently ruled to be misleading (Nuga Best UK & Ireland, 30 March 2011).

What about topical creams and serums?

In 2013, the ASA considered claims for a body cream which stated that the product would “reduce the appearance of cellulite fast” and implied that the consumer could achieve a body like Mila Kunis through its use. Because the advertiser had been unable to support the claim with convincing evidence, the ASA upheld the complaint (Rodial Ltd, 16 January 2013)

Some marketers have claimed that their creams “refine” the appearance of skin and argue it would subsequently refine the appearance of skin covering the “cellulite”. The ASA and CAP’s position is that consumers are likely to expect a “cellulite” product or treatment to act on the cellulite itself, rather than only covering it.  In 2017, an ad for a self-tanning product made claims that the product would result in “less visible cellulite” and that it could be used to make cellulite look “visibly smoother and less obvious”. In that case the ASA considered the claims went further than indicating cosmetic camouflage and instead suggested that the product had a physiological effect on the cellulite fat itself.  As such, the claims needed to be supported by robust evidence.  Although the marketer held some evidence which indicated the subjective opinion of users on their appearance when using the product, the ASA did not consider this was capable of supporting the objective claims being made (Innovaderma UK Ltd, 18 October 2017).

What about non-invasive treatments carried out in a clinic?

In 2013, the ASA upheld a complaint about an ad for i-Lipo, a non-invasive procedure, because it had not seen suitable evidence which showed that the treatment could reduce fat and improve the appearance of cellulite, both of which were considered to be breakthrough claims (The Contour Clinic, 21 August 2013).

The ASA also upheld a complaint about an ad which stated “Treating fat and cellulite just got easy with Proshock”. In this case, the ASA consulted an expert and understood that the study held by the advertiser was uncontrolled, non-blinded and that the testing methodology was unclear, and therefore considered that it had not seen sufficient evidence to support the breakthrough claims in the ad. Moreover, while the before and after photos in the ad were found to feature genuine test subjects who had undergone the treatment under the test conditions applied in the study, the ASA considered that the pictures were unlikely to accurately represent what consumers could achieve from the treatment, given that sufficient evidence was not held in the first instance (Lamphall Ltd, 11 December 2013).

What about medicinal products?

Marketers should bear in mind that products that break down or remove subcutaneous fat might be regarded as medicinal by nature and might therefore need a Marketing Authorisation from the Medicines and Healthcare products Regulatory Agency (MHRA).