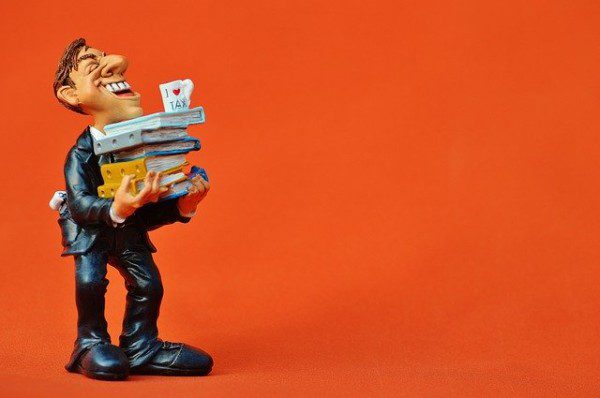 The Advertising Standards Authority (ASA) have ruled against a number of ads for tax arrangement schemes, following complaints from HM Revenue and Customs (HMRC) challenging a number of issues, including whether they amounted to tax avoidance schemes.

The following guidance is designed to provide insight into those rulings and some of the issues raised, but should not be considered an exhaustive list of the risks involved when advertising such schemes.

Under CAP Code rule 1.1, advertisers are required to ensure that their marketing communications are legal, comply with the law and do not incite anyone to break it.  As such, ads for any arrangements or schemes which are illegal will break the ad rules as well as the law.

Claims or images which state or imply a scheme is either endorsed or approved by HMRC, or other official organisation, will break the rules unless supported by evidence demonstrating that this is the case (rule 3.50).

In another case, the ASA considered the claim “Can I be confident that there won’t be issues later on? The implementation of your tax planning will be carried by a number of SRA-regulated (Solicitors Regulation Authority) firms, and one of the cornerstones of their regulation is that the firms must act in your best interests at all times” reinforced the impression that the scheme concerned would enable users to pay the appropriate amount of tax and not be at risk of a challenge from HMRC.  They also considered that the claim was likely to imply the scheme had been specifically considered and approved by the SRA and was therefore endorsed by that body (CDP Tax and Wealth Ltd, 21 March 2018).

The use of official logos, or similar, are also likely to imply official endorsement, so marketers are strongly advised against using any logos or other imagery likely to imply that a scheme or marketer is affiliated with, or endorsed by, the relevant organisation, unless this is the case (CDP Tax and Wealth Ltd, 21 March 2018).

As with all ads, those for tax arrangement schemes must not mislead by omitting material information about the product or service being advertised (rule 3.3).

Ads for an Income Trust scheme were ruled misleading by the ASA because they omitted information about the implications or risks of entering into the scheme.  This included information about the arrangement being a disguised remuneration scheme, there being a potential loan charge and potential charge or penalty in relation to the General Anti Abuse rule (Knight Wolffe Ltd, 13 September 2017).

Similarly, the claims “We are fully compliant with the necessary HMRC legislation and all current IR35 policies”, “…remain tax compliant for the duration of the Contract” and “…in a legal, robust, documented and defendable way” were ruled against, because the ASA considered they were misleading in the absence of information about the implications or risks of entering into the arrangement (Williams Gordon Ltd, 14 February 2018).

Another ad was also ruled to be misleading by omission, because it did not include information about the implications or risks of entering into the arrangement, such as the relevance of the General Anti Abuse Rule (CDP Tax and Wealth Ltd, 21 March 2018).

As always, marketers should ensure they hold supporting evidence before making any objective claims, to ensure their claims don’t mislead (rule 3.7).

The claims “Take home 92% of your pay”, for example, was ruled misleading, because the advertiser did not provide sufficient information to explain how the arrangement complied with standard income tax and national insurance payments, or prove that it would not leave users at risk of a challenge from HMRC (Williams Gordon Ltd, 14 February 2018).

Similarly, the ASA ruled against the claims “We can help if you have an overdrawn Directors loan account and want to negate the tax liability on this”, “We can also help if your current year’s Profits will be liable to Corporation Tax and you want to reduce/not incur the tax” and “Our product combines Corporation Tax Relief, with non-taxable personal payment”.  Again, the advertiser did not provide sufficient evidence to demonstrate that the arrangement advertised would not fall under the Disclosure of Tax Avoidance Schemes and was not a scheme of avoidance, free from potential challenges by HMRC (Williams Gordon Ltd, 14 February 2018).

The claim “no tax avoidance” and a claim that an advertiser did not “promote or advocate stamp duty avoidance schemes” were also ruled misleading, because the advertisers were not able to provide sufficient evidence to demonstrate that the arrangements concerned did not fall under the Disclosure of Tax Avoidance Schemes (DOTAS), or any other relevant evidence showing that the arrangements were not schemes of tax avoidance and would not be subject to a challenge by HMRC (Knight Wolffe Ltd, 13 September 2017 and CDP Tax and Wealth Ltd, 21 March 2018).

The ASA considered the claim “Our plans … don’t require you to notify HMRC”, in support of which, the advertiser provided a legal opinion from a tax barrister, which indicated that “the SDLT treatment proposed ought not to be vulnerable to a challenge …”.  The ASA did not consider this sufficient to support the ad claim, given that it was a categorical claim that there was no risk that users of the scheme would need to notify HMRC under any circumstances (CDP Tax and Wealth Ltd, 21 March 2018).