Most complained adverts of 2016

The Advertising Standards Authority (ASA) have revealed the UK’s Top 10 most complained about ads of 2016.

The cause of complaints ranged from twerking businessmen in denim shorts and high heels, to blind footballers kicking cats and the ancient rivalry between England and Scotland.

Moneysupermarket dominated the overall list with three entries in the top 5 – including the number one spot for the second year running.  Together the three ads gave rise to just under 2,500 complaints.

Completing the rest of the list was Smart Energy’s ad featuring cartoon characters Gaz and Leccy, the Home Office’s ‘Disrespect Nobody’ ad about domestic violence, an ad for Maltesers featuring a woman in a wheelchair and a series of ads for Gourmet Burger Kitchen, which made references to giving up vegetarianism.

Deciding whether an ad should be banned for causing offence is a judgement call and decision-making in this area inevitably involves a degree of subjectivity. That’s why, when making ASA decisions, the watchdog takes into account the audience that is likely to see the ad, the context in which the ad appears, the product it is promoting and prevailing standards in society. To help judge prevailing standards in society, the ASA commission consumer research to find out what concerns people and where they think the line should be drawn on matters of offence.

Commenting on the Top 10 most complained about ads of 2016, ASA Chief Executive Guy Parker said: “The ads that attract the highest number of complaints are often not the ones that need banning.  Our action leads to thousands of ads being amended or withdrawn each year, mostly for being misleading, but there wasn’t one misleading ad in the Top 10.

In the list there are a number of ads, which while advertising their product or service, have also sought to present a positive statement about diversity but were in fact seen by some as doing the opposite.  In all those cases, we thought people generally would see the ads in a positive light and that the boundary between bad taste and serious or widespread offence had been navigated well enough, often through using sensible scheduling restrictions.

Advertising that pushes the boundaries invariably lands better with some people than others.  But last year we thought the ads that attracted the largest number of complaints fell the right side of the line.”

2016’s most complained about ads are: 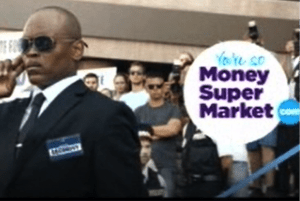 This TV ad featured ‘Gary the Bodyguard’ dressed in a suit and sunglasses, dancing at a rally. The ASA received complaints Gary’s dance moves were overtly sexual and not suitable to be seen by children. While acknowledging some viewers may have found the dance moves distasteful, they judged the ad wouldn’t cause serious or widespread offence to viewers and the ad was generally likely to be interpreted in a humorous manner. 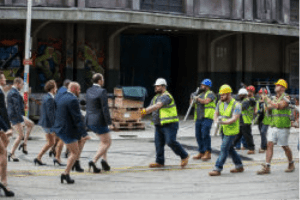 and high heels, and another character, Colin dressed in a fluorescent jacket and hard hat. They were joined by other men dressed in the same clothes and engaged in a gang dance-off. The complaints we received said the ad was offensive and overtly sexual and some people objected the ad could be seen to be homophobic and could encourage hate crimes. Although the ad would no doubt be seen as distasteful by some, the ASA concluded that, given the overall content and tone, it was unlikely to provoke serious or widespread offence or to be seen as condoning or encouraging harmful discriminatory behaviour in real life. 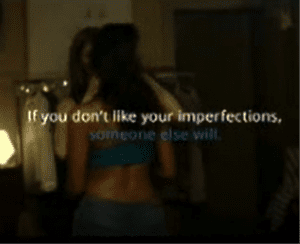 This TV ad showed a women getting home from work to her female partner who removed her top and passionately kissed her. The ad was shown in January 2016 and then again in April. Each time, complainants challenged whether the ad was sexually explicit and inappropriately scheduled. The ASA judged the ad would not cause serious or widespread offence and were satisfied that the scheduling restriction it had been given prevented it being shown in or around dedicated children’s programmes or those with particular appeal to children.

Another TV ad featuring Dave and Colin. This time the two characters were alone in an underground car park and each 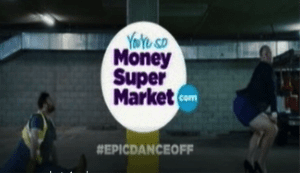 performed dance moves in a bid to out-do each other. All the complaints we received said the ad was overtly sexual. A high proportion of complaints also said the ad was offensive because it showed what they perceived to be two homosexuals together. While always taking in to account the fact some people may find the ad distasteful, it was ruled the ad did not break the rules as the majority of viewers would interpret the scenes as light-hearted and humorous. 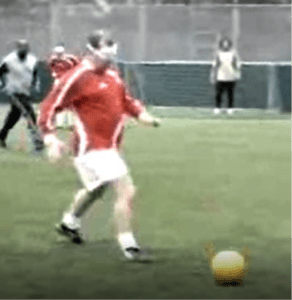 This ad featuring two teams of blindfolded men playing football was first shown in 2010 when it generated over 1,000 complaints. Viewers then, and last year when the ad was re-run, objected to the scene where it was suggested a man had kicked a cat that had run on to the pitch after mistaking it for the ball, which had a bell inside it. They said the ad was harmful as it might encourage cruelty to animals and that is was offensive to blind people. In our investigation in 2010, the ASA judged the ad had not broken the rules. They noted the ad didn’t show any of the footballers making direct contact with the cat and the animal was shown unharmed at the end of the ad. The watchdog also noted the ad was prohibited from appearing in and around children’s programmes. Furthermore the ad featured, and was supported by, members of the England Blind Football Team. The ASA concluded that the majority of viewers would see the ad as humorous and not humiliating or undermining to blind people. As the ASA had already investigated the ad in 2010, and did not re-investigate it in 2016.

Smart Energy’s ad showed cartoon characters Gaz and Leccy in a number of scenarios within a house. Some of these 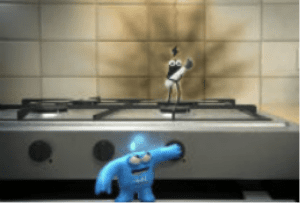 scenarios included: Leccy being burnt in a toaster and hit across the room with a spatula; Gaz being cooked in a microwave and Gaz being electrocuted by the television set. Complaints received said the ad was excessively violent and that it failed to make clear the dangers of gas and electrical devices, particularly to children who might see the ad. The ASA did not uphold the complaints, judging the cartoon nature of the ad made it clear the scenarios were surreal and fantastical. They also noted the voiceover in the ad stated the need for Gaz and Leccy to be controlled. 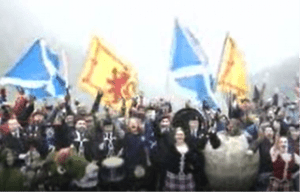 This TV ad for Paddy Power showed a group of Scottish people singing about the fact they didn’t mind they hadn’t qualified for the summer’s UEFA Euro 2016 football tournament, because they could still bet on England to lose in it. Viewers said the ad was racist, with some believing it encouraged anti-English views whilst others believed the stereotypes of Scottish people seen in the ad was offensive.  It was acknowledged that some viewers might have found the sentiment of the ad to be unkind, but as a whole it would generally be understood to be a light-hearted and humorous reflection of the friendly sporting rivalry between England and Scotland. The ASA ruled the stereotypical features used to describe and depict the Scottish people in the ad would largely be understood to be a celebration of Scottish culture rather than malicious mocking. 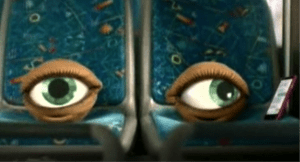 abuse. Their TV ad, which featured various scenarios which were unacceptable in a relationship, prompted complaints that the ad was sexist and irresponsible. Viewers particularly objected to the language used in the ad to describe things in a relationship which could be a sign of domestic abuse. This included: “If you’re checking your girlfriend’s phone”; “If your boyfriend is telling you how to dress” and “If you turn to violence when your girlfriend disagrees with you”. The complaints received said the ad implied only men engaged in abusive behaviours and that the ad might actually prevent male victims of domestic abuse from seeking help. The ASA did not uphold the complaints as there were no direct claims made in the ad which related to the likelihood of boys or men in particular being abusive. The ad also contained some more gender-neutral scenarios and encouraged viewers to search for more information about the campaign online, where resources were also available for boys being abused by girls and for those who were lesbian, gay, bi-sexual or transgender. 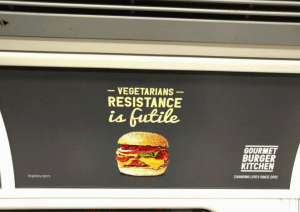 The ASA received complaints about a series of Gourmet Burger Kitchen (GBK) ads which people believed to be offensive to vegetarians and vegans. The ads featured wording which said: “You’ll always remember when you gave up being a vegetarian”; “Anyone fancy a nice, juicy, 6oz lettuce?”; “Resistance is futile”; “Burger is the new quinoa” and “They eat grass so you don’t have to” with a picture of a cow. GBK took independent action to withdraw three of the ads. The two ads that mentioned lettuce and quinoa remained in the campaign. The ASA took no further action on these two ads as we considered they were likely to be interpreted by most viewers as general references to ingredient and food trend preferences rather than broader comments on vegetarianism, veganism or other beliefs. 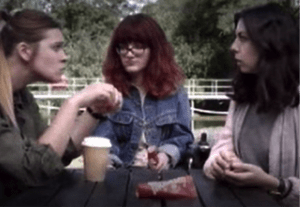 packs of the chocolate. She mentioned how her disability caused her to have a spasm during a romantic encounter,
which her boyfriend ‘misinterpreted’. Viewers said the ad was overly sexual and was offensive to disabled people. It was ruled the women’s conversation was likely to be seen as light-hearted and the allusion to a sexual act, although understandably distasteful to some, would not cause serious or widespread offence to viewers in general.  The ASA also noted the ad had a post-9pm restriction to prevent children from seeing it and that it was likely to be seen as championing diversity and disability not ridiculing it.

At LS Consultancy, we offer a complete solution with a range of cost effective, regulatory compliance and marketing products and solutions including Copy Advice  which provides pre-publication advice on advertising at any stage.