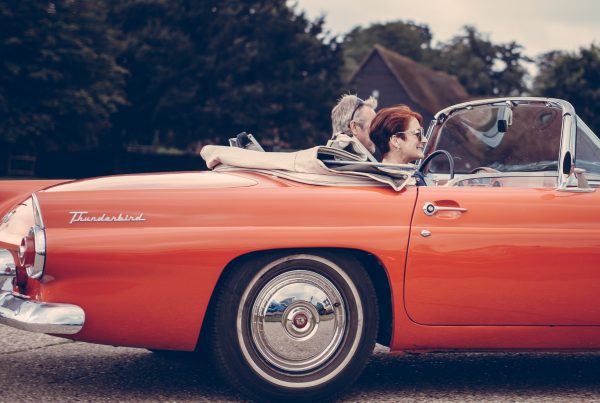 A complaint lodged against a Fidelity International national press advert, seen in the Sunday Telegraph on 4 December 2016 was not upheld by the Advertising Standards Authority (ASA) yesterday. The ad featured an image of a woman driving a convertible car.

The complainant challenged whether the advert was irresponsible because she was not wearing a seatbelt.

The fund manager added that the image conveyed a general sense of contentment, for which the car only formed a small part. They said there was no suggestion that the image was promoting either the car or the manner of driving, and they did not believe that the reader would make any link between the car and the financial products, which formed the main message in the ad.

It also stated further that the driver featured was not in breach of any current UK law or regulatory requirement. They said the compulsory fitting of seatbelts to cars became UK law in 1967 and therefore it was unlikely that the car featured in the ad would have had those fitted at the time of manufacture. Further, if a seatbelt had been fitted at the time of manufacture, it would have been a lap belt that would not be visible, due to the angle of the photograph.

In dismissing the complaint, the ASA ruled: ‘The image only served as an aspirational portrayal of a carefree, post-retirement lifestyle. We therefore considered that the ad was unlikely to encourage readers to disregard the importance of wearing seat belts.’

The advertising watchdog also accepted the argument on classic cars and seatbelt requirements, adding: ‘We considered that the ad was unlikely to condone or encourage unsafe or irresponsible driving and concluded that it was not in breach of the Code.’

If you are unsure how your activities fit within the rules, please take advantage of our Bespoke Advert Review service. Our fast and confidential service is essential for advertisers, agencies, media owners/providers, who want to check how their prospective advertisements (broadcast and non-broadcast) measure up against the UK Advertising Codes.

Have you an opinion on the above or got an article you wish to share? We’re love to hear from you. Email us and get in touch today.