Self Employed? A few things you should know. 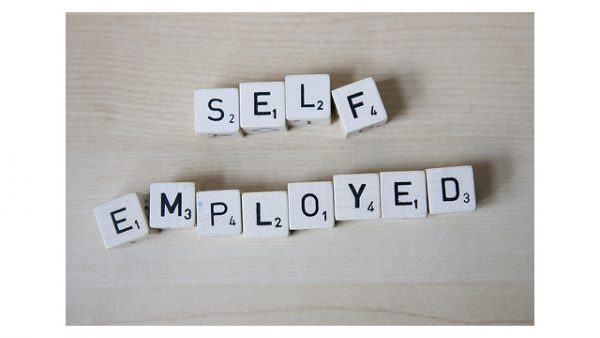 Going it alone has never been more popular. Record numbers of workers are shunning traditional employment for the freedom of running their own business.

The appeal is obvious. No more commuting, flexible hours, setting your own pay, being able to stay at home to look after children.

There are now 4.6 million self-employed workers, according to the Office for National Statistics. The number has risen steadily since 2000, when the figure was just 3.2 million.

And it’s not only young people who are ditching the office culture of their parents: there is evidence that the surge is being driven by older workers, too. About half the “new” self-employed are part time, led by people in their 50s, 60s and 70s who don’t want – or can’t afford – to retire fully.

But there are hidden drawbacks to joining one of the 15pc who are their own boss. Without an employer, all the financial perks often taken for granted slip away: pension contributions, life insurance, tax breaks and easy access to mortgages.

However, these benefits and perks can often be recreated when you go it alone.

“When you’re your own boss, it gives you lots of freedom to work how and when you want,” said Chris Bryce, chief executive of Ipse, the trade body for the self-employed.

“But it also means you’re responsible for your own tax submissions, retirement savings and a whole host of other things. You also need to be ready if something unexpected, such as an injury or jury service, stops you from working.”

Membership of a pension scheme has been the bedrock of workplace benefits for decades. The logic is simple: without the means to retire, older, more expensive staff stay in their jobs longer, blocking the career progression of others.

In the past, company pension schemes were run by with trustees, who included bosses as well as ordinary staff. Often these pensions were on a “defined benefit” basis, meaning that members received a proportion of their final salary at a fixed retirement date.

Tips for managing your pension before retirement.

Almost all these generous schemes are now closed in the private sector, replaced by “defined contribution” pensions. Here, firms pay a proportion of salary in, as do staff, and the Government provides tax relief on both contributions. Even though the amount you will receive once you start to draw an income is not guaranteed, this is an extremely tax-efficient way to save.

As a self-employed worker, you can set up your own pension, though, of course, you will not receive an employer contribution. Even so, having a private pension is essential. Options include a personal pension or, for those who want more freedom to invest in a broader range of assets, a self-invested personal pension (Sipp).

It is also possible to join Nest, the government-backed scheme. This “auto-enrolment” scheme is designed for the workplace but accepts individual members, too. Savers benefit from a cap on fees (0.75pc a year). However, your investment choice will be limited and a basic Sipp is likely to cost you less, particularly for larger pots. “Full” Sipps are most expensive of all, but will allow far more flexibility, including the ability to hold commercial property within your pension.

Martin Tilley, of Sipp firm Dentons, said: “If you have any business premises, perhaps where you leave delivery vans or stock, why not put the building in your Sipp and pay your rent into the pension? Rather than pay someone else, pay yourself and you get tax relief on the payments – it makes perfect sense.”

Without an employer contribution, the tax relief becomes even more important. Your pension provider will claim basic-rate relief at 20pc automatically, so your £80 contribution becomes £100, but if you pay the higher rate you will have to claim extra relief through your tax return.

If you pay 40pc income tax, you have to pay in only £60 to make a £100 contribution. (The £60 net contribution comes from an initial payment to your scheme of £80, then a £20 tax rebate via self-assessment.) The new state pension is good news for the self-employed. As part of changes that took effect in April, workers qualify for the full £155.65 a week “flat rate” if they have 35 years of National Insurance contributions. Under the old system the maximum they could get was £119.30.

But the most you can get from the state pension is just over £8,000 a year. This is why it is crucial to save as much as you can in your private pension – experts say 15pc of your salary is ideal, though few contribute this much in reality.

You might also find the new Lifetime Isa, due to launch in April 2017, attractive. Contributions of up to £4,000 a year will be given a 25pc government top-up, but early access is restricted to cases of serious ill health, purchase of a first-time property or at age 60. However, the Government has hinted that it could add to the situations in which penalty-free access could be allowed.

“When you are self-employed, you are the most ‘key’ of key persons,” said Tony Wickenden, of tax planning specialist Technical Connection. “It’s essential to provide appropriately for the financial loss you and your family will suffer on your illness or death.”

Life insurance and income protection are among the most overlooked benefits routinely provided by employers. Almost all employers will cover staff for “death in service”, where schemes will pay out two or even four times your salary on death.

Less common is “income protection”, a form of insurance that can be organised to pay out – after whatever period you choose – if you become too ill to work.

If you run your own business as the sole employee, income is likely to dry up quickly if you can’t work. Income protection is far more expensive than life cover – it costs about £50 a month to secure a £2,500 monthly income paid out for two years. It would cost £120 a month to extend that cover to pay until age 65 if you couldn’t work for that period.

There are providers that specialise in protection for the self-employed. Iain Clark, of the British Friendly Society, said: “When choosing a policy it is vital to select an insurer that covers against being unable to do your own job, as opposed to another type of work.”

In the past, self-employed workers often used “self-certification” mortgages. These deals were based on loose affordability checks, were abused by borrowers and lenders, and are now banned.

Self-employed borrowers have access to the same mortgages as everyone else, although lenders will require track records, typically at least two years of company accounts or tax returns. If you are a contractor, you may also need to show you have future work to cover mortgage payments.

David Hollingworth, of broker London & Country, said people considering buying a property and going self-employed at the same time could find it more difficult to secure a loan.

Wild variations in income, or a downward trend, will attract greater scrutiny from underwriters, he warned. However, he said lenders were softening their stance towards the self-employed, particularly contractors who could demonstrate a close relationship with employers.

He suggested approaching specialist lenders such as Precise Mortgages or Kensington.

Our associates offer proactive advice on tax issues. Find out more by visiting our Accountancy page, or contact us