Smart speakers and 4K TVs on the rise

Smart speakers and 4K TVs on the rise

Smart speakers and ultra-high definition TVs are booming in popularity as the UK gears up for its seasonal spending splurge, according to Ofcom research.

Ahead of one of the busiest shopping periods of the year, Ofcom’s latest Tech Tracker data shows that ownership of smart speakers has grown significantly over the past year. In 2018, 13% of households owned a smart speaker, such as an Amazon Alexa or Google Home. But this year, that figure has grown to 20%.

Meanwhile, ownership of ultra-high definition (‘4K’) televisions has more than doubled in the past two years, from 17% in 2017 to 35% this year.

Smart TVs continue to grow in popularity, now featuring in nearly half (48%) of households. Back in 2012 only 5% of owned one of these. Smart watches are also on the rise, with 23% of people saying they own one – compared to 3% back in 2015.

But some devices seem to be falling in popularity. 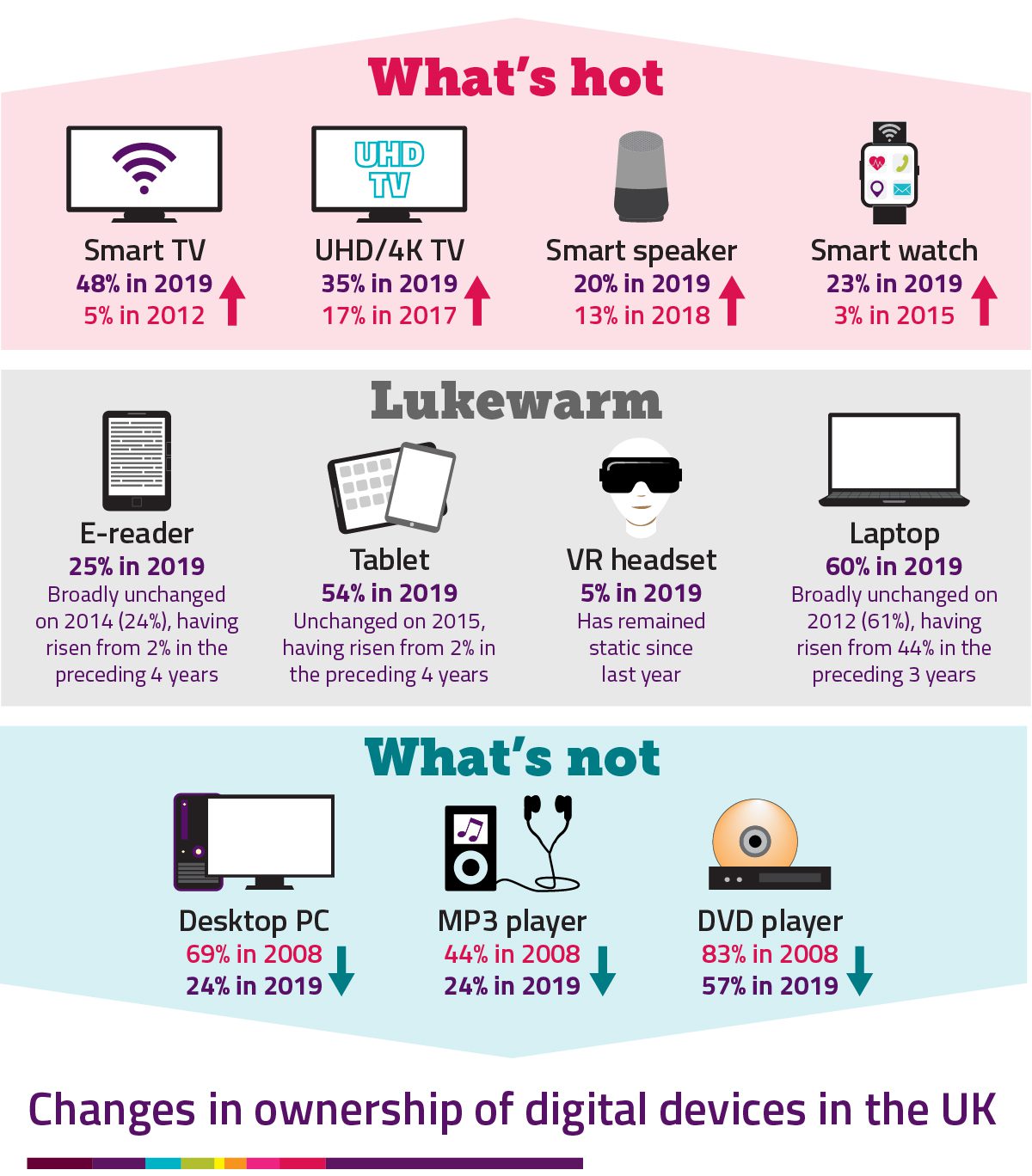 And some tech has plateaued in ownership over the past few years, including tablets, which are owned by 54% of people in 2019. This figure is unchanged on 2015, despite having previously risen from just two per cent in 2011.

One notable figure from this year’s research is a new entry for smart home technology. It is the first time we have asked people whether they use a digital device to control things such as heating or lighting at home, or even seeing who’s at the door. Eight per cent of people told Ofcom they now own this type of device.

Technology is transforming how we juggle our busy lives. With smart speakers and smart watches really taking off, convenience and being constantly connected are clearly king.

Many of us are also now using smart tech to control our heating and lighting at home, or even answer the doorbell while we’re away.

One thing we learnt from the last decade is that the tech that people use can change very quickly. But what will people turn to as we enter the 2020s?